Withings is joining forces with Cornell in the fight against obesity

A recent study conducted by Cornell University finds that monitoring your weight on a daily basis is the most effective method for controlling it. As a result, Withings has decided to join the fight against obesity in the United States by supplying Cornell University’s Division of Nutritional Sciences with weighing scales. In this article, you will find out more about this fascinating study and the conclusions drawn. 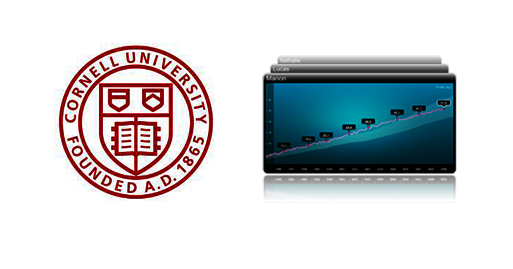 The study in question, entitled Monitoring weight daily blocks the freshman weight gain: a model for combating the epidemic of obesity, was published in the renowned review The International Journal of Obesity. Led by David A. Levitsky and his team within the Division of Nutritional Sciences at Cornell University, this study proves that monitoring your weight on a daily basis is a very effective way of avoiding piling on the pounds.

This study was conducted with a selection of 32 young female American college students, the majority of whom were living alone for the first time in their lives. They were given analog bathroom scales and instructed to weigh themselves each morning immediately after rising from bed, then e-mail their weight. This daily monitoring allowed the team to formulate a weight curve for each participant. The girls were then separated into 2 groups: one group of participants received a graph depicting the evolution of their weight each week, while the other group were not given this information. The results are indisputable: the students who were not shown the evolution of their weight put on an average of two kilos in one semester, while the students from the other group didn’t gain any weight. The study was repeated the following year with the same results!

The importance of monitoring your weight on a daily basis

So, this study shows that regularly monitoring your weight is “a useful method to help curb the slow increase in the prevalence of overweight and obesity that is characteristic of all industrialized societies”, as stated by David A. Levitsky. He adds, “We are getting fatter because we are eating a little more each day, so little that we are unaware of it […] However, these additional calories do accumulate and will show up as increased weight on our scale. Being vigilant of small changes in our weight is the most effective way to control your eating, and therefore, control your weight.”

Now, we are participating in a new study by providing David A. Levitsky and his teams with weighing scales. Our contribution will allow them to more efficiently carry out new tests and new studies with automatic updates and greater control. Cornell University’s Division of Nutritional Sciences has made a great choice in selecting Withings as its supplier since our Body Scale is specifically designed to allow the user to monitor and control their weight. As you know, each piece of data is automatically transferred to a database. The user’s weight evolution, fat body mass, lean body mass and BMI are automatically tracked and accessible from any computer whenever they want it. So, our Body Scale has just made Levitsky’s work a lot easier!

We are proud to be making a contribution to the fight against obesity, a disease which is particularly widespread in developed countries. Our Body Scale has already won over lots of households and more than 30 million people around the world are aware of its benefits thanks to countless fitness coaching and health sites which recommend it.

Have you experienced how regularly monitoring your weight can help you to better control it? We would love to hear your experiences of using the Withings Body Scale.