Millions of people worldwide have some form of physical disability. Thankfully, groups of scientists are constantly working on new health information technologies and health innovations to improve the everyday lives of people living with these conditions, so today let’s see some of the most recent studies in this area!

Haptic belt uses vibration to help blind people navigate physical space
Two students at the University of Pennsylvania developed the Kinecthesia, a haptic belt that allows its wearer to sense the objects around him. The belt possesses three motors, which react to the existence of objects in their vicinity by vibrating. The whole system is based on a XBox Kinect 3D camera which is connected to a computer platform that calculates the distance between the user and the object and makes the motors vibrate accordingly. 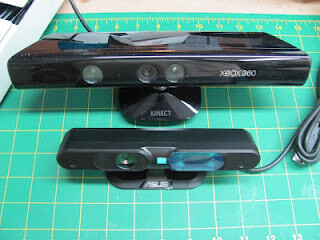 Brain scanner helps paralyzed people spell words
A group of researchers are currently working on a device that allows people who are completely paralyzed or even people who are in vegetative state, to spell words using their thoughts. The technique used is called « functional Magnetic Resonance Imaging » or fMRI and it has already been applied to other devices that allowed paralyzed people answer multiple choice or yes/no questions. However, this brain scanner will give patients the ability to choose letters form the entire English alphabet and spell any word they wish to.

Device can translate sign language into sound and vice versa
Yet another student project, this time from the University of Houston: MyVoice is a small device that uses a microphone, a speaker, a video camera and a monitor in order to enable communication between deaf and non-deaf people. The ambitious project detects gestures using a Kinect-like camera and then recognizes and translates them into the corresponding words. In a similar way, it also recognizes words and translates them into their corresponding sign symbols.

Bionic eye employs solar panel technology to enable the blind to perceive light and shape
Professor Daniel Palanker and a group of his colleagues at Stanford University have designed a bionic eye that is equipped with tiny “solar panels” and that could someday restore sight to the blind. The system consists of a pair of glasses that use a video camera to capture images and a photovoltaic implant (similar to the ones we find in solar panels) to convert these images into electrical activity to stimulate neurons. Early results of trials in live rats showed some success and the team now aims to proceed to clinical trials in humans.

Have you read about any other similar health innovations recently?