We were lucky enough to have the opportunity to meet with world renowned obesity expert, Mayor Mick Cornett of Oklahoma City. He gained great recognition after a 2013 TED talk in which in described the measures he went through to help his city. Realizing his city was among the most obese cities in the US inspired him to put his entire city on a diet.

Withings: Since being elected as the Mayor of Oklahoma City, you’ve made great strides in your city to combat obesity. Do you have a personal passion for this?

Mayor Mick Cornett: Well I do. First, it was very personal. It was about me realizing that I wasn’t setting a very good example for the citizens of my city. And secondly, that my city had an obesity problem that was being recognized nationally, as one of the most obese cities in the country. And so I started examining it for the first time. I started spending a lot of time trying to figure out what the problem was, how we could address it, and the next steps to take.

And so, it has become a passion of mine and along the way I became considered something of an expert, which is humorous to me, because I entered this, now seven years ago, probably having less information about obesity than anyone you can imagine. I was a victim, or I was an example, but I was certainly no healthcare expert.

Along the way, and being involved in this process, I think we have had a program that’s had some traction here. I have some, opinions, whether or not they’re valuable or not, it up for other people to determine.

You put your city on a diet and the people of Oklahoma City lost over one million pounds collectively. What specific changes did you make in the city, and why did you choose those changes?

I thought the first step was: we needed to have a conversation. We weren’t talking about obesity. It had become a subject that it seemed like, you didn’t discuss because it affects the way people look and perhaps not in a flattering manner, and so our kind of unannounced strategy was to ignore it. I felt like this was a subject that needed to be discussed.

To draw attention to the issue, and to put a little humor and fun to the topic, I went to the zoo, stood in front of the elephants and announced that I was placing the entire city on a diet and that we were going to lose a million pounds collectively.

We had a website and an infrastructure to help coordinate the people that could sign up and pledge to do better. But I wanted to send the message that we’re no longer going to keep this under a rock where no one wants to discuss it. We’re going to bring this out into the open and we’re going to discuss it publicly. Secondly, it’s always easier to do something that’s hard, if you’re doing it as a group. And the entire city was going to be a support group for those in the city that chose to lose weight. So that’s how it started.

Now it evolved into us realizing that the built environment was a significant part of the culture of our city that that had actually led to the obesity and so, by having the awareness campaign first, we were then able to take some initiatives in front of voters and they in turn voted to start changing from an auto centric community to one that was more pedestrian friendly.

We’ve taken several significant steps there and funding has now gotten into the hundreds of millions of dollars to address the unhealthy built environment of the city, and start to make changes that show that Oklahoma City is now prioritizing healthcare and health, and a walk-able community.

It’s amazing that you were able to make these actual changes within the community. So what resources were you able to provide to the people, to make them knowledgeable, and understand these changes?

There was a very loud and public campaign to get them to pass it and I tried to communicate the best I could why it’s important to be a community that has sidewalks, jogging and biking trails, and why I think senior wellness centers to address these aging demographics of the baby boom population are important, and why it’s important to have large central parks gathering downtown, and really the basics of walk-able communities.

You don’t need really really wide streets, so we narrowed the streets, put some on street parking in, heavily landscaped some downtown, and built new gymnasiums in all inner-city grade schools, to encourage kids to be more active. I think it was just a matter of we had these initiatives coming and we had huge campaigns planned to try and get them to pass, and so there were plenty of opportunities for them to understand where I was coming from and why I thought it was important.

What would you say was the biggest challenge you faced in implementing this program and all the changes that you were doing in the city?

There’s a perception if you live in a place, that the way it is the way it’s supposed to be, and the way it’s always going to be. And so, even though I’ve travelled, and people in Oklahoma City travel and get around. If you haven’t lived in a city, you really don’t understand the city and its infrastructure requirements. If you grew up in Oklahoma City like I did, you just kind of assume that the idea was to see how fast you could get a car from here to there. And really that’s what we inspired our engineers to try and accomplish. And they’re really good at it!

I mean, traffic flows freely in Oklahoma City, we really don’t have traffic congestion to speak of. But we had also created a lifestyle where you almost had to have a car; we hadn’t zoned the city for pedestrian traffic. If you built a bank, or if you built a school, or even if you built a church, you almost always put in the infrastructure how you were going to deal with all the cars. Because it seemed like everybody in Oklahoma City, their life revolved around their use of the car. To change that, is kind of an eye opening, perplexing situation for a lot of people. Obviously you don’t change it overnight, but it feels to me like we’ve changed the culture of the community and even though it’ll take a generation to have significant effect, but you can kind of feel that the perception is changing.

It’s really inspiring, to know that it’s a challenge that can be overcome. So what are some of the future goals you have for your city?

Well we would like to continue to build neighborhoods, and work with the private sector on neighborhoods where a person can move to Oklahoma City and not feel like they needed a car. We’d like to have a public transit system that we were proud of, and help the person who wants to walk and live in a pedestrian friendly community. So right now, if you came downtown to Oklahoma City, you’ll feel like you were in that environment, but once you leave downtown, you would be slowly transitioning back into that auto centric world. I think to the extent that we can expand communities in the Oklahoma City metro area and inside the city limits where you don’t have to feel like you have to own a car, that would be a success story, and a step in the right direction.

“When discussing obesity, you need to confront the issue of food intake” 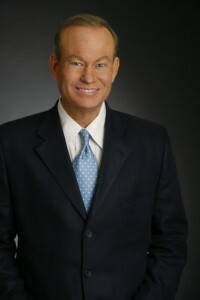 What is the one piece of advice you can offer to everyone to help them do his/her own part in helping to combat obesity, whether it’s from and individual level or a societal community level?

I think it’s important to acknowledge that when discussing obesity, you need to confront the issue of food intake. It’s almost a certainty that a person that is obese is either eating too much, or the wrong foods, or both. And I think too many obesity efforts gravitate toward exercise. And I think that’s a disservice. I think everyone should receive the message to exercise. That should be universal. But if you’re obese, you’re probably not going to exercise your way out of it. It’s almost a certainty you’re going to have to adjust your eating patterns. And I think when any messaging is put out on the issue, that needs to be the central theme, and too often, it’s more toward the exercise part of the equation.

Thank you so much for your time and for the work that you do. Looking forward to seeing what other communities can follow suit.

Thanks for the opportunity.