A Race to the Finish: Marathon Training Weeks 9 & 10

Ever wondered what it’s like to train for a marathon? Our blogger, Rachel Glum, invites you along for the ride as she takes on her second marathon, this time with a shiny new time goal. This week, Rachel discusses injury, and how recovering is just as much a mental battle as a physical one. 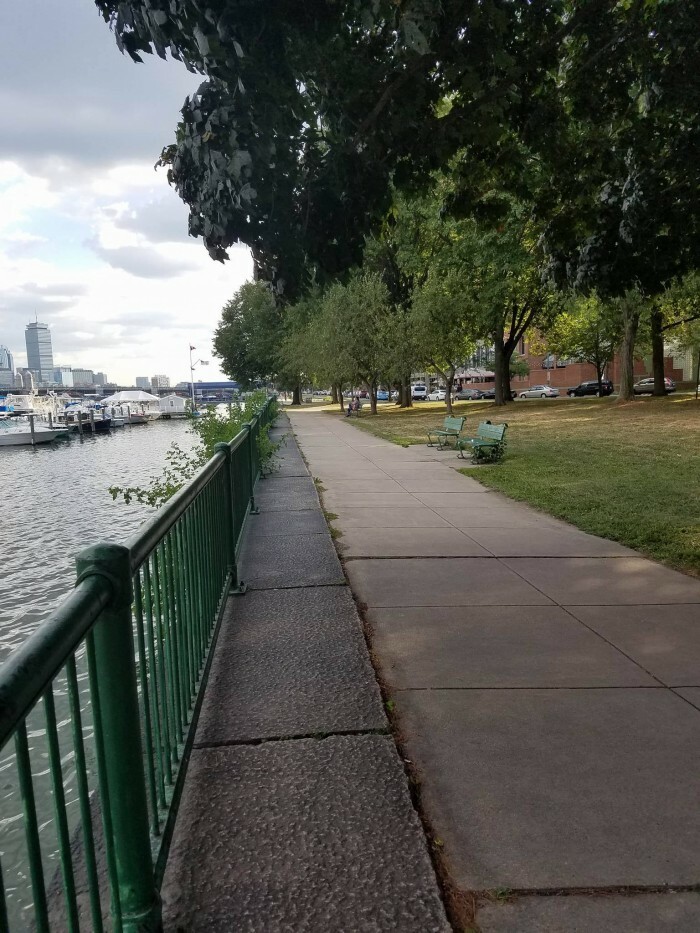 Training had been going pretty well until the end of week 9. My speed and endurance were improving week to week, and I was feeling great about how my body was handling such a large volume of training. Everything was going my way! Then, after Friday’s run, I took my sneakers off and the top of my right foot was achey. I didn’t think much of it. But as I was lacing up my sneakers for Saturday’s 17-mile run, I noticed the pain again. And again, I brushed it off, thinking it wouldn’t be an issue once I got warmed up.

For the first half of my long run, I felt fine. Then I started to notice that any time I stopped to wait for traffic, when I started running again, the top of my foot would twinge for 10 seconds or so. As my toes flexed to push my weight forward, the pain would surge, forcing me to avoid putting too much weight on it until I got back into a rhythm. By the end of my run, the pain had gotten so bad that I couldn’t walk comfortably. I rested for the rest of the weekend, did a short test run on Monday that told me I was still injured, and then decided not to run again for the rest of the week.

However, I continued to walk to and from work, which is about an hour round trip. As a result of the injury, I had been altering my gait, shifting my weight more to the outside bottom of my right foot, which started to cause a lot of pain there as well.

By the time Friday rolled around, the original injury was feeling quite a bit better, but the bottom of my foot was still hurting. Yet I chose to run because I couldn’t stand the thought of taking off more time running. I told myself I would be fine because I so desperately wanted to be fine.

Facing the Reality of Injury

That run was a huge mistake. I irritated the outside bottom of my foot so much, that my subsequent walk to work was excruciating. And that’s when I started to take these injuries seriously. When I got home that day, I immediately started icing my foot. Since then, I’ve been icing, resting, and elevating my foot, while limiting walking as much as possible. Luckily, I’m able to use the stationary bike without pain, so I’m going to sub out all my runs for bike rides this week.

I don’t think I’ve ever dealt with an injury quite this bad, but now I know that at this point, the most important thing to do is just focus on healing. I’m grateful that I can continue to do strength training, and hopefully keep up the majority of my running fitness while cross-training on the bike. But what does this mean for my training?

I’m not 100% sure yet, as I don’t know how long it will be until I can run again. I’m not too worried that I won’t be able to finish the marathon, as it’s still almost 3 months away. However, once I can run again, I will  have to adjust my training plan to take into account the weeks I’ll have missed and adjust my goals accordingly. Speed work is much harder on my body than a slower steady-state run, so even when I do start running again, it’s probably smarter to forego any speed work for at least another few weeks.

It’s difficult to keep a positive mindset when sidelined with an injury. Not only is it physically painful and inconvenient to be injured, but mentally, it’s very difficult for a variety of reasons. I’m sure any athlete or even recreational exerciser will have a similar experience.

First off, I’ve been very focused on working as hard as possible to reach my time goal, and now it’s very unlikely that it’s within reach. It’s hard to stomach that without feeling like a failure. Second, running is my favorite stress-reliever, endorphin producer, and an activity that partly defines who I am. Without it, it’s easy to feel lost and unhappy at times. And third, I don’t do well with uncertainty, and healing from an injury is nothing if not uncertain. I can’t point to a day in my calendar and say that on Day X, I will be 100% healed. Right now, it’s difficult to walk more than a few steps. I just have to take it a day at a time.

In the future, when I’m fully healed, I hope that this experience will only make me more grateful for what my body can achieve when it is healthy, and thankful that I get to run at all, when some people cannot.

I sincerely hope that some of you can learn from my mistakes. If you start feeling any unusual pain during training, take it seriously. Don’t ignore it just because it’s easier to tell yourself that everything is fine. No matter how well training is going, none of us is ever immune to setbacks. And the sooner you address a potential issue, the less likely it will become a big deal.
It can be difficult to consider skipping a run or even reducing the mileage when you feel a twinge that may or may not be anything serious. I’ve always been terrible at taking time off. But I’m hoping this experience will make me — and you! — think twice next time a potential injury starts to surface.