If you're a vegan, you hear a lot of misconceptions about the vegan diet. While foregoing all animal products may seem extreme to some people, not all vegans are activist hippies who nibble on salads all day while taking care of their 15 rescue animals. Our blogger, Rachel Glum, is a vegan who is about to put on her myth-busting gloves to smash apart the misconceptions about what it’s like to be a vegan. Lettuce get to it!

If I only ate raw vegetables all day, I would be a cranky, miserable human being. I love to cook, and I love to eat, and none of this changed when I went vegan. I cook several new recipes for dinner every week, and I have a collection of about 30 staple recipes that I rotate. With the variety of vegetables, fruits, grains, legumes, nuts, and spices that exist, I am never bored with my food, and my vegan friends feel the same way.

For vegans who like to indulge themselves, the variety of delicious vegan products on the market has exploded in the last few years. You can now find vegan versions of almost anything, like vegan “chicken nuggets”, pizza, ice cream, cheesecake, and even cookie dough, and their taste often rivals the original. If you don’t believe me, go try Ben & Jerry’s non-dairy P.B. & Cookies.

Myth #2: Vegans can never go out to eat

This couldn’t be further from the truth. Admittedly, if you live in a rural area, your options will be more limited, but in a city like Boston, there are tons of vegan-friendly restaurants around. First off, the number of vegan and vegetarian restaurants in cities is steadily increasing, which is awesome if non-vegan friends and family members are cool with eating a vegan meal.

For non-vegan restaurants, Thai and Indian are my go-tos. Both almost always have a vegetarian section on the menu, and many items will be vegan or easily modified as well. If you’re not a fan of spicy food, try Middle Eastern or Italian. Pita, hummus, and salad, or a big plate of egg-free spaghetti with red sauce can make a delicious meal. Even meat-centric cuisines such as American and French often have sides that you can make a meal out of. Baked potatoes and sauteed vegetables might not be the most exciting meal ever, but it will certainly work in a pinch. At restaurants that have no vegan-friendly or veganizable items of the menu, most chefs are more than happy to prepare a special vegan meal if you call ahead to request one.

Myth #3: Vegans are constantly preaching veganism and judging what you are eating

This myth is downright damaging, but also a tough one to explain. Many vegans feel strongly about the ethical, environmental, and health implications of their diet. That’s why we’ve chosen to so drastically change our eating habits. Even so, that doesn’t mean that we judge you for not being vegan. Unless all of your friends hold exactly the same opinions as you on every topic, you understand that it’s possible to love and respect someone without agreeing with them on everything.

Vegans also realize that committing to veganism is a difficult and often unrealistic change for some people, and we know that preaching at you is not the right way to get you to consider our viewpoint. Most of us are happy to do our thing while you do yours, and we’ll talk about our choices only when asked directly. Of course, some vegans may be a bit more aggressive with pushing their beliefs, but don’t assume that all of us are like that.

Myth #4: Vegans are all skinny, and we never get sick

Ah, the world of myths spread by vegans themselves. While following a vegan diet can have a lot of amazing health benefits, it is absolutely not a cure-all. Vegans come in all shapes and sizes, and some still struggle with losing weight. Remember: french fries and Oreos are vegan too.

We also get colds and other illnesses just like you do. Any healthy diet will improve the immune system’s ability to fight off illnesses, but a vegan diet does not make us insusceptible to germs. There are so many factors at play besides diet in overall well-being; let’s leave the unrealistic claims out of veganism.

And my favorite of all…

Myth #5: Vegans are all protein-deficient, unathletic, and weak

In our protein-obsessed culture, “Where do you get your protein?” is the top question that all vegetarians and vegans face. This remark often comes from a place of heart-felt concern, but it shows just how little most people know about nutrition. The governmental Recommended Daily Amount (RDA) of protein is just .8g/kg of body weight, or 47 grams of protein a day for a 130lb woman, which is easily met on a vegan diet. There is evidence that those looking to build muscle should take in more protein, but these athletes also need more total calories, so again, this is a very easy goal to meet.

When calling vegans weak and unathletic, you just need to take a look at some of the uber-successful vegan body builders and endurance athletes, such as Jim Morris, Patrik Baboumian, Rich Roll, and Scott Jurek, to know that isn’t true. In fact, some vegans report that after switching to a plant-based diet, they recover more quickly from workouts and can train even harder. 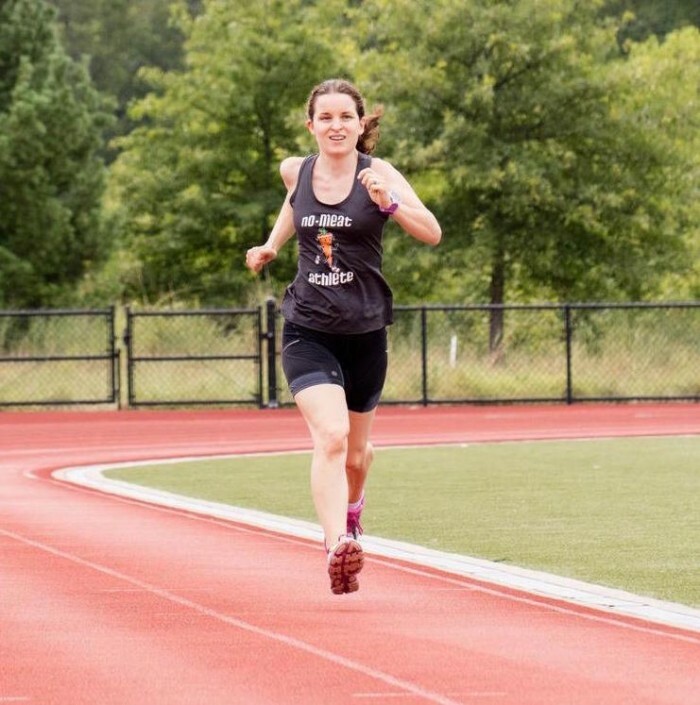 Being a vegan in 2016 can be tough at times, but it’s not at all as limiting as many people imagine. While just 2% of the US population identifies as vegan, we’re pretty happy in our little niche culture. Just give us a little vegan mac ‘n’ cheeze and we’re set! And maybe some Ben & Jerry’s non-dairy while you’re at it…